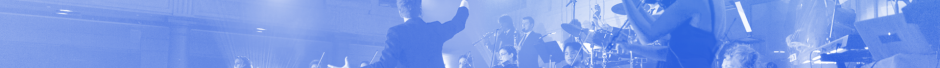 Born in Paris, Sylvain AUDINOVSKI grew up in Montmartre where he first took his violin lessons at age 9. When he was 18, he has his first revelation: he starts a small orchestra with 13 of his friends at Condorcet High School and volunteers to orchestrate their first piece, with a pencil.

In 2000, Sylvain meets the famous Jean-François ZYGEL, who gives him private lessons to enter the Paris Conservatory of Music (CNSM). Sylvain then becomes a student in ZYGEL’s class at the conservatory and even becomes his assistant for a choir and for the first “Leçons de musique”. He graduates from the CNSMDP, with three prizes, also with the support of his other professor: Thierry ESCAICH.

In 2008, Sylvain meets the great Japanese conductor Yutaka SADO, who opens up a new world of music to him and entices him to conduct by asking him to become his assistant during his Paris concerts. After winning a prize at the Zagreb International Conducting Competition, Sylvain goes on to conduct many operas and other pieces of music. He was in residence for 5 years at the Montansier Theater in Versailles and also worked for the Paris National Opera Youth program for 13 years.

But Sylvain is madly in love with the orchestra... and he wants to share this passion with everyone. In 2012, he opens his orchestra to a wide repertoire in concerts and to a wider audience through conferences, trainings and unique experiences in companies and schools.

To carry this vision Sylvain becomes the founder and president of Ouvrons l’Orchestre, the company that owns OdinO, his orchestra and created the digital platform LEARN FROM MUSIC to share his passion from a distance. “My work and passion is to share the beauty of the orchestra with the most people. Music carries a beautiful emotion that resonates in all of us... OdinO carries my musical vision, we can all sing along to Queen while being sensitive to Brahms’ symphonies because in the end, the musical notes are the same.”

“The greatest joy for me is when people tell us that after seeing an OdinO concert they can hear it all, that they are now going to the Paris Philharmonic or the Opera, that they decided to buy a violin, or take piano lessons, that they can hear Sting or Haendel differently or signed up to be a part of an orchestra. In those moments, I feel like I fulfilled my mission : to open the orchestra, to open the heart and soul of the people we encounter. To have given them the pleasure, the confidence and the access to the music.”

Since 2013, he teaches the art of conducting an orchestra and transferring it to leadership, at ESSEC.